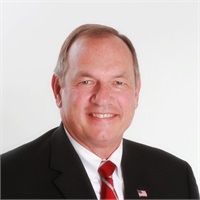 Roger Gaddis is a Co-Founder, Partner, and Financial Advisor at Gaddis & Gaddis Wealth Management. He co-founded the firm with his wife, Leigh, in 1995. Roger manages Gaddis & Gaddis from the Ada office. The statewide firm is headquartered in Ada, Oklahoma with additional locations in Ardmore, Durant, and McAlester.

Roger has more than 30 years of experience in the financial services industry- including earning professional credentials as a Certified Public Accountant (CPA) in 1981 and as a Certified Financial Planner (CFP®) in 1992. Roger holds a Bachelor of Science in Accounting from Oklahoma State University.

Roger began his career as a tax accountant with Conoco, Inc. and later he held senior-level positions with both Edward D. Jones & Co. and Merrill Lynch.

As an active and experienced wealth advisor, Roger has been recognized as an industry leader. In November of 2013, the Oklahoma Society of Certified Public Accountants (OSCPA) awarded Roger its annual “Outstanding CPA in Financial Planning” award from this 6,500 member statewide group.*

At the state level, Roger is a trustee on the Board of the Oklahoma Teachers Retirement System (OTRS), the organization that manages the $14 billion Oklahoma pension fund for teachers and other public education employees. He was appointed to the OTRS Board by Governor Mary Fallin. He also participates in the National Council on Teacher Retirement, an advisory group that supports retirement security for American teachers. Roger is also a graduate of Leadership Oklahoma (Class of XXV) and is an active member of the organization.

At the local level, Roger is a graduate of Leadership Ada and he currently serves on the Ada Community Advisory Board, an organization that provides recommendations to the city on major capital investment projects.

In past years, Roger has been a board member of The Salvation Army in Ada, the Ada Boys & Girls Club, Ada Youth Baseball, and the Arbuckle Council of the Boy Scouts of America. He has also been active in Kiwanis and Rotary clubs and he has taught adult education classes on personal finance at East Central University and the Pontotoc Technology Center.

Roger grew up in a military family and as a youth, he lived in several U.S. cities as well as abroad. He moved to Ponca City, Oklahoma in 1972. Roger is a licensed pilot, a black belt in Tae-kwon-do, and a certified scuba diver. He and Leigh enjoy traveling and spending time with their family.

* This award is based on industry tenure, community involvement as well as a variety of other factors. Award winners are nominated and awarded based on the following criteria: a financial planning professional who is a member of the OSCPA; distinguished by having made a significant contribution to the growth, enhancement and public awareness of the CPA in the financial planning community; and nominated through a formal process by an OSCPA member at large, committee or chapter. No fee was paid for this award.

The SEC does not endorse any professional award, ranking, or designation.