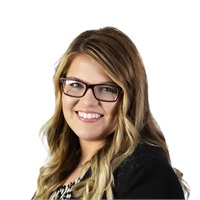 Raylee Dill is a Service Assistant in the Durant office of Gaddis & Gaddis Wealth Management. Since joining the firm in February of 2019, Raylee’s areas of responsibility have ranged from office support and account reviews to full client relations.

Raylee loves communicating with clients and assisting with any need they may have.

Raylee graduated from Rock Creek High School in 2012 and earned a Bachelor of Science degree in Accounting from Southeastern Oklahoma State University in 2015.

Raylee and her husband, David, have been married since 2014 and have one daughter, Andie.

Outside of the office, Raylee enjoys spending time with her family and going on adventures. Whether that adventure is on the lake or in the deer woods, Raylee is usually doing her best to keep up with Andie.